To access papers and minutes from the Board meetings, visit the Committees (minutes) page.

The Board is comprised of the following members:

Sir Peter Hendy CBE took up his role in July 2017. He is also Chair of Network Rail, and a Trustee of the Science Museum group and of the London Transport Museum.

Pam Alexander has had a long career in housing and economic regeneration. She is Chair of Commonplace Digital Ltd, using technology to broaden community engagement and participation, a non-executive Director of the Connected Places Catapult, accelerating the use of new technologies to improve buildings, places and transport, an advisor to OnePlanet.com, a platform to integrate planning for zero carbon living, and an Ambassador on the London Mayor’s Cultural Leadership Board.

Pam has previously held non-executive directorships including Chair of Covent Garden Market Authority at Nine Elms, NED of Crest Nicholson plc, Crossrail Ltd and Design Council, where she was Deputy Chair and Chair of Design Council Cabe, and chair of Peabody. Her executive career as Deputy CEO of the Housing Corporation and CEO of English Heritage and of the South East England Development Agency followed 20 years as a civil servant in the then Department of the Environment. Pam has recently joined the Board of Commission on Creating Healthy Cities and board of newly established OneCam Ltd.

Shanika Amarasekara is General Counsel to the British Business Bank which is the UK Government Development Bank to facilitate access to finance for small and medium sized businesses. She joined as a founder member of the Senior Management Team which set up and launched the bank in 2014. Prior to this she worked as General  Counsel at an institution established by a number of central banks to promote financial stability and economic development. Shanika previously held senior positions at RBS and Allen & Overy.

For the last 20 years Simon Blanchflower has been involved in leading the development and delivery of major infrastructure projects. Following the successful conclusion of his role as the Major Programme Director on the Thameslink Programme, which included the re-building of London Bridge station, he has recently been appointed as the Chief Executive of East West Rail Co Ltd. He has experience of chairing the Boards of charitable companies and for the last 30 years has invested into his local community in North Kensington with particular interests in education and housing. He is a Fellow of the Institution of Civil Engineers.

Rokhsana Fiaz OBE was elected as the Mayor of Newham in May 2018. Prior to this, she was a councillor for Custom House Ward from 2014, and the CEO of an international UNESCO supported charity promoting interfaith and global citizenship across the world. She has large-scale projects for local authorities, the European Commission and the Council of Europe, and in 2009 was honoured with the Officer of the Order of the British Empire (OBE) for services to Black and Minority Communities in the UK.

Philip Glanville was elected Mayor of Hackney in September 2016, becoming the borough's second directly elected Mayor. He was re-elected in May 2018, giving Hackney Labour their best result since 1986.

Previously a councillor in Hoxton West for ten years, Philip spent three years as Cabinet Member for Housing before becoming Deputy Mayor in 2016. As Cabinet Member for Housing, Philip oversaw the delivery of genuinely affordable homes, which he is continuing as Mayor, committing the Council to tripling the number of council homes built since 2010, including 800 for social rent. Employment, skills and education are also a key priority for the Mayor; supporting schools, ensuring that we actively help young people into careers and that all residents, whatever their age, have the skills and support they need to get into employment, return to work or start a business ─ all contributing towards his agenda to bridge the gap between Hackney’s residents and their growing local economy. Critical to this agenda has been the Council’s award winning in-house apprenticeship programme.

Philip is committed to being a campaigning Mayor, standing up for Hackney’s most vulnerable residents and for local government’s important role in fighting austerity. He writes extensively on these subjects, and more recently has been part of the growing ‘new municipalism’ movement in local government. He has served on the LLDC Board since 2016, and is currently the Chair of London Councils’ Grants Committee, Co-Chair of Thrive London and London Councils' Digital Champion.

Sukhvinder Kaur-Stubbs has spent over 30 years placemaking through her community development work for English Partnerships, infrastructure with the Black Country Development Corporation, regeneration with the Regional Development Agency (West Midlands) and then overseeing joint ventures as a member of the Home Group and Chair of Swan New Housing. She is an accomplished CEO having led two high profile organisations (Barrow Cadbury and Runnymede Trust), through major change programmes and onto success in influencing government policies on inclusion, diversity and community cohesion.

Currently, she is MD of Engage-Building networks of Trust and, active at community level in the London Borough of Lewisham building a voluntary-community infrastructure to support those at greatest risk of vulnerability. Sukhvinder has served across the public, private and voluntary sectors including the boards of Severn Trent Water, Government's watchdog Consumer Futures, the Cabinet Office Better Regulation Executive and Chair of the Taylor Bennett Foundation. Currently, she is Vice-Chair at Lewisham and Greenwich NHS Trust where she also leads Workforce and Education for the 7,000 staff.  Additionally, she is board member of the Tower Hamlets GP Care Group, Governor at the Leathersellers Federation and proud to be a Champion for the Mayors Our Time Programme.

Jamie Kerr is a Chartered Surveyor with more than 30 years’ experience in property development and finance. He has particular knowledge around retail, transport related development, masterplanning and town centre reinvention and has worked for LCR and John Laing Plc as an Executive Director. He sits on the Board of the Solihull Urban Growth Company and has recently established Urban Development Partnerships to focus on the renewal of town centres.

Jules Pipe is working on key priorities for the Mayor, including: revision of the London Plan, major regeneration projects across the capital, ensuring London’s infrastructure needs are delivered to benefit all Londoners, and building a skills system that properly addresses the needs of young people and the economy. Jules has unrivalled knowledge of London government, becoming the first directly elected mayor of Hackney in 2002 and serving as Chair of London Councils from 2010 until he joined the Mayor’s team in 2016.

Following his retirement from competitive sport, he established himself as an influential sports politician and administrator, taking on numerous public and private sector appointments with the aim of promoting equality, diversity and inclusion at all levels of society. Having experienced material deprivation and social and cultural exclusion while growing up in Hackney, Geoff is a lifelong advocate for the role that education, sport and culture can play in improving the lives of disadvantaged young people through the bidding, hosting and legacy of major games.

He is the Founder and Chair of the Youth Charter, a UK-based international charity and United Nations Non-Governmental Organisation that uses the ethics of sport and artistic excellence to tackle the problems of educational non-attainment, health inequality, anti-social behaviour and crime in some of Britain’s most troubled communities.

Geoff is also an Advisory Board Member of the Muhammad Ali Centre, Louisville, Kentucky. His public and private sector appointments have included chairing Sport England's Advisory Group on Racial Equality in Sport and serving as a member of its grant assessment panel, Director of the Sports Council Trust Company, board member of the New Opportunities fund, an honorary fellow of the former Institute of Leisure, Amenities and Management, fellow of the Royal Society of Arts and Independent Assessor for the Office of the Commissioner for Public Appointments. He was the Chair of the Board of Governors of the University of East London between 2017 - 2019.

In 1995, Geoff was appointed an MBE for his services to sport and in 2016, 2017 and 2018 he was included in the Top 100 BAME (Black and Minority Ethnic) Leaders in Business List, in association with the Sunday Times and was also named in the Evening Standard’s top 1000 influencers in London.  He is also a Deputy Lieutenant for Greater Manchester and was this year awarded an honorary professorship of the International Business School at Xi’an Jiaotong-Liverpool University, Suzhou, China. Geoff was recently appointed as an Independent panel member of Professional Footballers Association.

Cllr Grace Williams, Leader of Waltham Forest Council has been appointed to the Board. Her biography is to follow.

Gurpreet Dehal is an experienced Non-Executive Director whose current portfolio includes Defence Infrastructure, Equiti Capital UK, The University of Derby and E-ACT Multi Academy Trust. His executive career had a strong focus on risk, business and operational leadership, working for large corporations including Merrill Lynch and Credit Suisse - where he held the role of Managing Director and Chief Operating Officer for Global Prime Services. He left Credit Suisse in 2014 to begin his portfolio career. 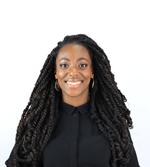 Gabrielle Appiah is a former member of Legacy Youth Board from 2014-19 who went on to study Planning at undergraduate and Masters level. She is currently a Project Coordinator at Soundings, a community engagement consultancy which delivers inclusive programmes of engagement and capacity building with diverse communities.  Gabrielle is Co-Vice Chair of Women in Planning London, a Licentiate representative member of The Royal Town Planning Institute General Assembly, and a contributor to the New London Architecture’s Diversity Think Tank and BAME in Property.

Helene Raynsford became the first ever Paralympic Rowing Gold Medallist at the 2008 Beijing Games after becoming World Champion in 2006 as a single sculler.  Prior to rowing she was part of the Great Britain Women’s Wheelchair Basketball Team.  Growing up Helene had hoped for a career in dance having attended both the Royal Ballet School & Elmhurst Ballet School.  However injury meant a career change into projects covering both science and sports governance.
Helene has over 14 years’ experience in the NHS and Local Authority as a trained Public Health Professional at local, regional and national level.  She took a secondment to LOCOG as part of the Sport Management Team for rowing across both Olympics and Paralympics and went on to Chair the 2012 Paralympics Legacy Programme ‘Motivate East’ from 2014-2016.
Helene is Chair of the British Paralympic Association’s Athletes’ Commission where she is also a Non-Exec Director.  She Chaired the 2016 Inclusion summit at the Rio Games on behalf of the IPC & is on the International Advisory Board for of the World Academy of Sport.  Helene has great passion for increasing levels of physical activity within communities at grass roots level and the benefits to individuals wider outcomes of wellbeing.  Helene is in her second tern an Elected Non-Exec Director at the Sport & Recreation Alliance, that brings together nearly 400 member of the sport and recreation sector to act as a voice for them to Government and support by providing advice and guidance at a grassroots level.
Helene is interested in mental health having been part of the NICE Committee, as an expert panel member, who wrote the national Suicide Prevention Guidelines as an expert member and as an Ambassador for the British Inspiration Trust looking to increase inclusive physical activity opportunities for young people at university and college whilst raising money for charities who support student mental health.

Our Executive Management Team (EMT) supports our Chief Executive in the day to day management of the organisation.  You can see the current EMT members here.

You can see our current Legacy Youth Board members here.