London received a boost worth nearly £37 million to its economy as it made history this summer by hosting the first ever regular season Major League Baseball game in Europe.

According to a YouGov Sport event impact study, the Mitel & MLB Present London Series 2019 resulted in a boost of nearly £47 million to the UK’s economy as a whole.

The study, undertaken following the two games played between the Boston Red Sox and New York Yankees on 29 and 30 June 2019 at London Stadium on Queen Elizabeth Olympic Park, highlights the huge impact the event had on the local, regional and national economies (available on request). The survey was completed by more than 2,000 fans over the two game days.

The study found that:

In addition to the economic impact, MLB [the Mitel & MLB Present London Series 2019?] conducted a community programme which included free sports coaching in schools around London benefiting more than 2,000 children.

Today’s figures follow a report from UK Sport centred on the 2017 World Athletics Championships held at London Stadium which showed that event brought in over £100 million to the wider economy. For both the baseball and athletics events the flexible multi-use ability of London Stadium means it can be used for global events which benefit the wider economy.

The Mayor of London, Sadiq Khan, said: “The arrival of Major League Baseball to London this summer was a huge success and this report underlines the tremendous economic impact it had on the capital. The London Series attracted huge crowds and London Stadium provided the ideal venue for the action. I’m sure both Londoners and visitors alike are looking forward to MLB returning to our city next year.”

Lyn Garner, Chief Executive of the London Legacy Development Corporation, said: “London Stadium’s flexibility comes in to its own for events like this and its versatility means we can attract events such as the World Athletics Championships and MLB which bring thousands of visitors – many travelling from around the World - and millions of pounds in to the economy. In little over one month the venue changed from a 60,000 Premier League football stadium, into a concert arena for 72,000 Muse fans and then into a purpose-built ‘field of dreams’ for MLB.

“As this report highlights, the impact of these events on the local, London and national economies is absolutely huge as well as delivering additional community benefits like sports coaching for school children. London Stadium continues to deliver on the legacy from the London 2012 Games.”

Laura Citron, Chief Executive at London & Partners, added: “We know that events are a major part of attracting domestic and international visitors to the city, and hosting the Mitel & MLB Present London Series 2019 was a big highlight for us last year. Sporting events provide a great opportunity to showcase London and it’s fantastic that so many attendees would recommend a visit to the city! We look forward to welcoming Major League Baseball London Series again next year.” 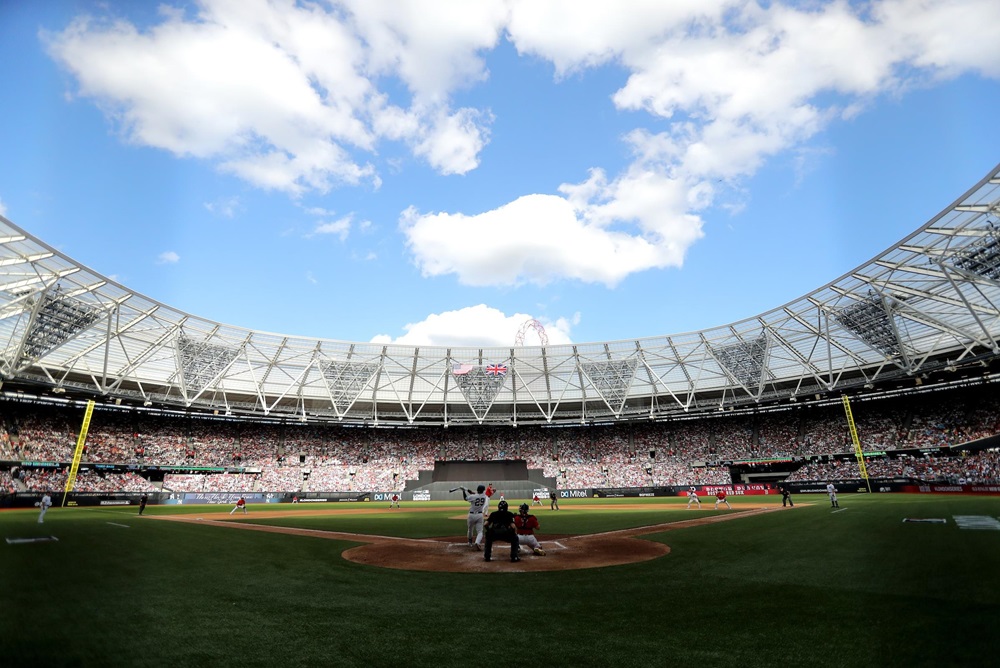